There are 5 species of rhinoceroses. They are the second largest land animal and they inhabit Africa, India, Malaysia and Indonesia. They have poor eyesight and small brains, but a powerful sense of smell and running speeds of up to 30 miles per hour. Though generally solitary creatures, they communicate via grunts, honks and sneezes. They often all defecate in the same spot, referred to as a latrine, which is another form of communicating who is in the area. Their horns are made of keratin, like fingernails, and grow continually, sometimes up to five feet in length. The Indian rhinoceros has the coolest-looking butt in the animal kingdom. 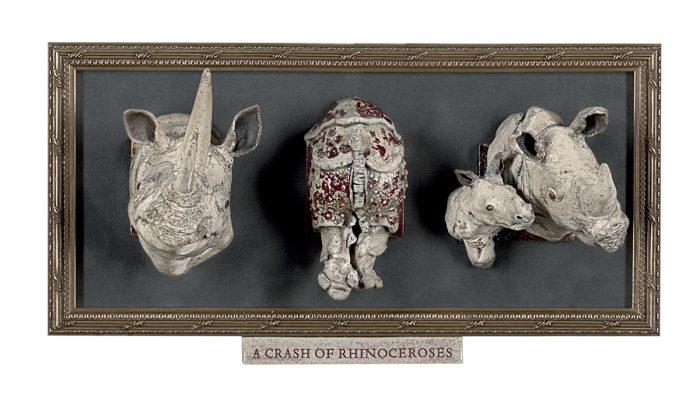 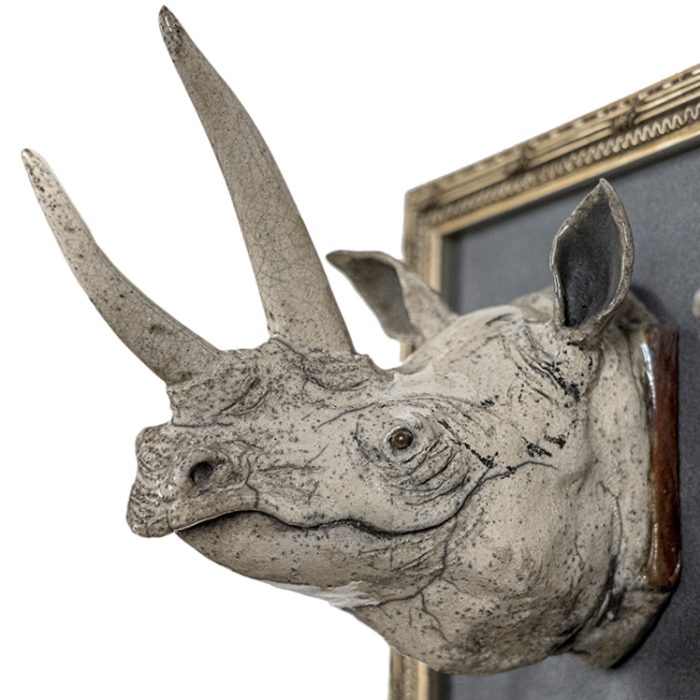