Catfish live on every continent except Antarctica. Most of the species lack scales, and instead have smooth, mucus-covered skin that contains thousands of taste buds. Their most sensitive organs are the barbels, or whiskers, that give them their name. There are over 3,000 species and some can live to 60 years old. They vary greatly in size, from only a half an inch to the Mekong catfish which can be more than ten feet long and weigh 600 pounds. Some catfish have stingers in their fins and can walk on land and breathe air. They have a variety of slang names such as “mud cats,” “polliwogs,” and “chuckle-heads.” 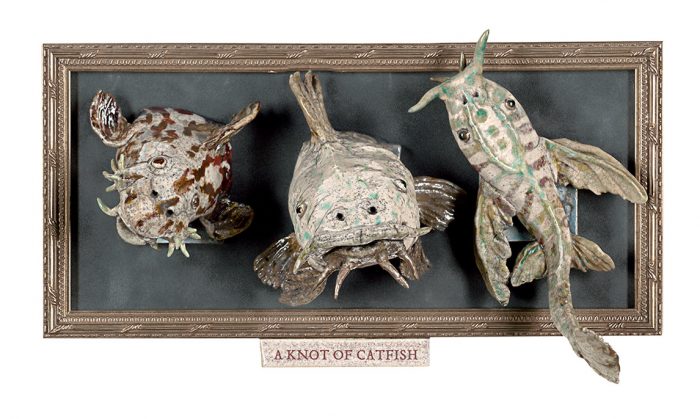 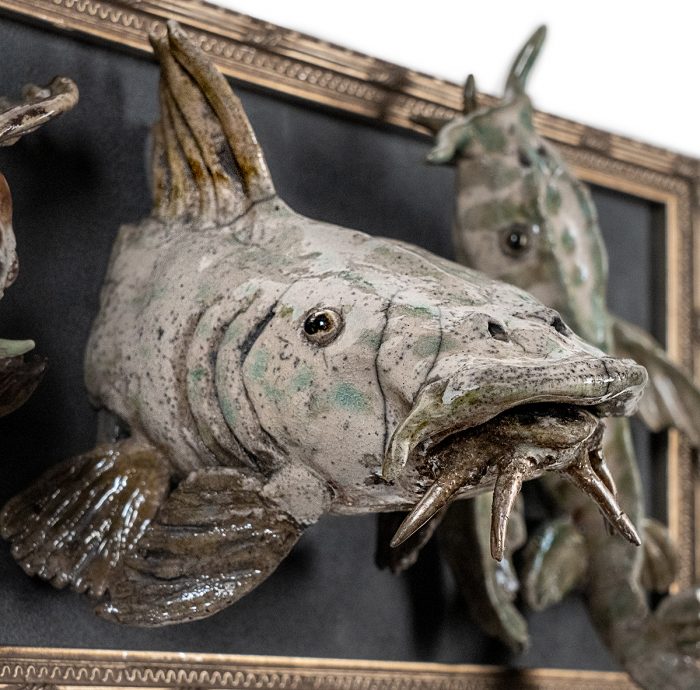